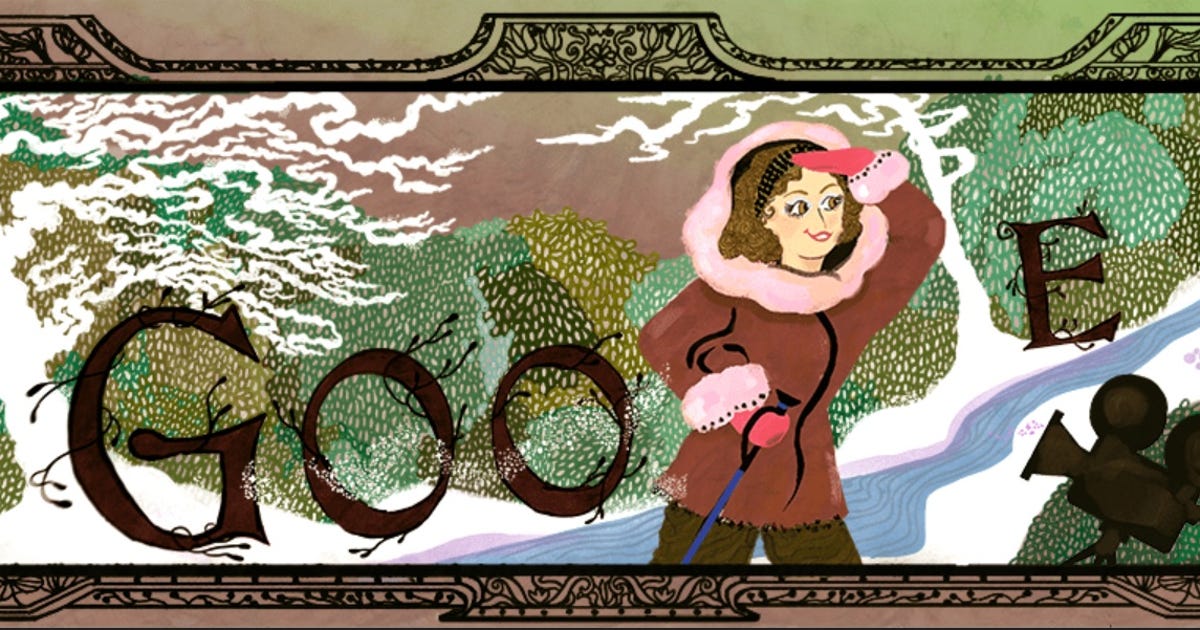 Myrtle Gonzalez was a very prolific film actress a century ago. Widely regarded as Hollywood's first Latin and Hispanic star actress, Gonzalez appeared in about 80 silent movies between 1913 and 1917.

Google published a Doodle on Wednesday to celebrate Gonzalez's contribution to cinema on the 108th anniversary of the release of one of her best-known movies, 1914's The Level. Wednesday's Doodle depicts Gonzalez on a frequent location shoot for her -- in three feet of snow in the forest.

Gonzalez was born in Los Angeles in 1891 to a family with Hispanic and Irish ancestry. While her father was a grocer, Gonzalez's mother was a former popular opera singer. Gonzalez apparently took after her mother, flexing a talented soprano voice while performing in local concerts and church choirs.

When movie production moved to California to take advantage of more diverse filming locations, Gonzalez seized on the opportunity to join the film business. She typically played bold, outdoorsy heroines overcoming the challenges of the treacherous wilderness. Gonzalez retired from the movie business in 1917 when she married an actor and director named Allen Watt.

She died less than a year later at the age of 27, a victim of the influenza pandemic of 1918.

Like many films from the silent movie era, much of her work has been lost over the decades.

However, some of her movies have been preserved by the Library of Congress.