All the biggest retailers like Walmart, Best Buy, and Amazon are in on the act so read on while we highlight the pick of the bunch.

Insignia is Best Buy's house TV brand, and it offers some pretty solid televisions for those who don't want to spend a fortune -- even for a big screen like this one. The 70-inch Insignia F30 is a 4K Fire TV, running on Amazon's smart OS that gives you easy access to Netflix, Prime Video, Disney+, Hulu, and other popular streaming apps, allowing you to stream your content libraries at up to a UHD resolution. The 70-inch panel also features HDR10, so while it lacks support for more advanced HDR formats like HDR10+ and Dolby Vision, modern content will still look good on this TV.

DTS Studio Sound will make it sound pretty good, too, and HDMI ARC compatibility makes it easy to add a soundbar or A/V receiver if you plan to flesh out your audio setup in the future. 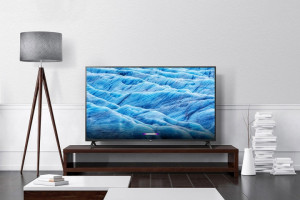 LG is one of the best TV brands when it comes to high-end models such as OLED TVs, but it has some pretty decent budget-friendly televisions under its umbrella, too. The LG UP7070 is one such set, and while it won't set the world on fire in terms of bleeding-edge design or panel technologies, it's still one of the better 70-inch TV Black Friday deals available right now. LG's webOS platform supports all the popular streaming apps and services, and features like Filmmaker Mode and Game Optimizer automatically adjust the picture to whatever type of content you're enjoying so you can get the most out of your media (without having to endlessly tinker around with settings).

The TV also supports HDR10 and HLG, and while it lacks built-in voice controls, it's compatible with Amazon Alexa, Apple HomeKit, Google Assistant, and Ring devices if you have one of those. 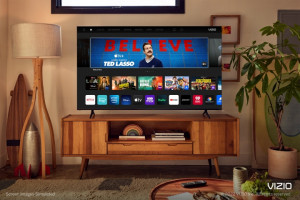 Vizio's V Series is one of the most popular options in the market of budget-friendly LED TVs. This model's claim to fame is that it's the first 4K TV with WiFi 6e built into it. That means streaming in 4K will be easy and smooth.

Along with its bright and colorful 70-inch quantum-dot LED panel, this new Vizio V-Series 4K TV offers support for HDR10 and HDR10+, so you've got several of the latest high dynamic range standards covered here. Dolby Atmos and DTS:X mean it'll sound great, too, and with HDMI eARC, you can easily hook up a soundbar or A/V receiver. The Vizio SmartCast OS also makes it a breeze to stream all your favorite content. 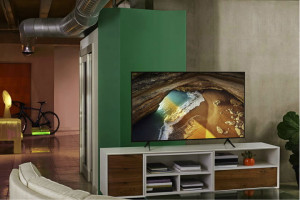 Samsung is another brand you'll see a lot when researching the best TVs, which is no surprise when you learn that this Korean tech giant is largely responsible for bringing quantum-dot LED panels to the market years ago (you'll even see QLED displays on Samsung laptops nowadays).

The Samsung Q60B, another new model for 2022, offers a nice array of modern features to go along with that great-looking 70-inch QLED screen. It supports HDR10+, has Amazon Alexa and Google Assistant built right in, and offers simulated surround sound with OTS Lite technology. The Q-Symphony feature enhances the surround effect even further when the TV is hooked up to a soundbar, which you can do with a single HDMI cable thanks to HDMI ARC compatibility.

Samsung's Tizen OS is also a fine interface for streaming your content libraries, as well as for upscaling legacy content so your older media will look great, too.