Amazon is like an over-excited kid at this time of year, totally unable to wait for the pressies. After teasing its Black Friday deals for days on end (okay, weeks), it's finally launched Black Friday Week, with a ton of near-giveaways from its Echo, Fire and Kindle ranges. Amazon has even chopped a chunk off the price of its brand-new Fire TV Cube.

Amazon's best deals aren't always easy to find, so we've done the rummaging for you. Read on for a slash-fest of bargains. But beware, not all the price cuts last (yes...

Amazon's made some head-spinning price cuts to its range of Echo Dot smart speakers, which give you voice control over your streaming music and the whole Alexa ecosystem of smart devices. The top attraction is the clock-free version of the new Echo Dot 5th Gen (2022), which crashes down from GBP55 to GBP27, less than half price.

The Echo Dot 5th Gen with customisable LED clock drops from GBP65 to GBP40. Even more ridiculously affordable is the brilliant Echo Dot 3rd Gen ("a masterclass in making everything better", said our five-star review), down from GBP40 to GBP17, a whopping 60% off. The Echo Dot's feature-rich sibling, the Echo 4th Gen - another five-star review - drops from GBP90 to GBP55.

Amazon's AirPods-style wireless earbuds, Echo Buds 2nd Gen, were GBP130 at the time of our four-star review, then settled at GBP110 and have now fallen to just GBP60, nearly half price.

There are more 50%-plus price cuts on the Echo Show range, the ingenious video call devices that combine camera, screen, mic and smart speaker. The Echo Show 8 was brilliant enough to get a five-star review at full price, but it's now tumbled from GBP120 to GBP70. If you're not fussed about HD specs, check out the four-star Echo Show 5, down from GBP75 to GBP35.

Amazon's Fire TV streaming sticks are your plug-and-play Alexa-controlled passport to Netflix, Amazon Prime Video, Disney Plus, NOW, iPlayer and more or less any other streaming services you subscribe to, all in one place. Best entry point is Amazon's Entertainment Pack, which bundles a Fire TV Stick HD with voice-controlled remote control and an Echo Dot 3rd Gen. The bundle is less than half price for Black Friday, from GBP80 right down to GBP35. The Fire TV Stick HD on its own (well, with Alexa voice remote) is down 43% from GBP40 to GBP23. 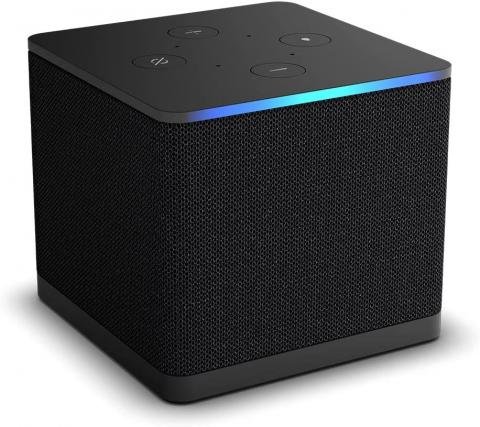 Amazon has even cut the price of its brand-new 2022 edition Fire TV Cube, a streaming stick and smart speaker combined. The current version, with super-fast WiFi 6E and 4K Ultra HD, has only been on sale for a matter of weeks, so a cut from GBP140 to GBP120 is not to be sniffed at! Buy Fire TV Cube from Amazon

The fabulous five-star Kindle Paperwhite (8GB) is down from GBP130 to GBP95, and the 16GB model takes a slightly gentler tumble, from GBP150 to GBP115.

Our rave review rates the Paperwhite as the best Kindle for reading at night, thanks to its warm colours and bigger 6.8in screen, so it's a superb pressie at the darkest time of year. Fans of reading in the bath will love the waterproof Kindle Oasis (8GB Wi-Fi), now with Paperwhite-style warm light, down from GBP230 to GBP170 - its lowest ever price. 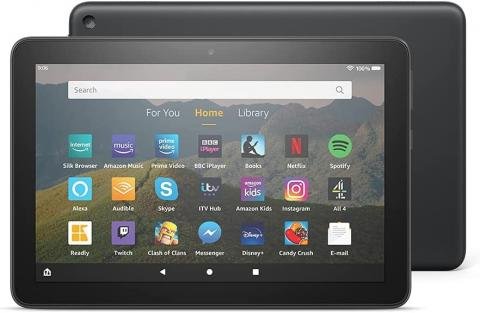 The brand new Fire HD 8 tablet, which our four-star review called "the best GBP100 tablet" and "the best-value tablet in its class" at full price, is 58% off, down from GBP100 to GBP42, a stunning buy. Even more affordable is the new Amazon Fire 7, the best budget tablet in our round-up of the best tablets 2022, now an even more outrageous bargain at just GBP32.

Keep up with the latest price cuts on Amazon devices, and across Amazon's entire range of products from dehumidifiers to running shoes and smartphones, in our constantly-updated Black Friday hub.