Victrola Stream Carbon Is the Turntable Built for Sonos Fans 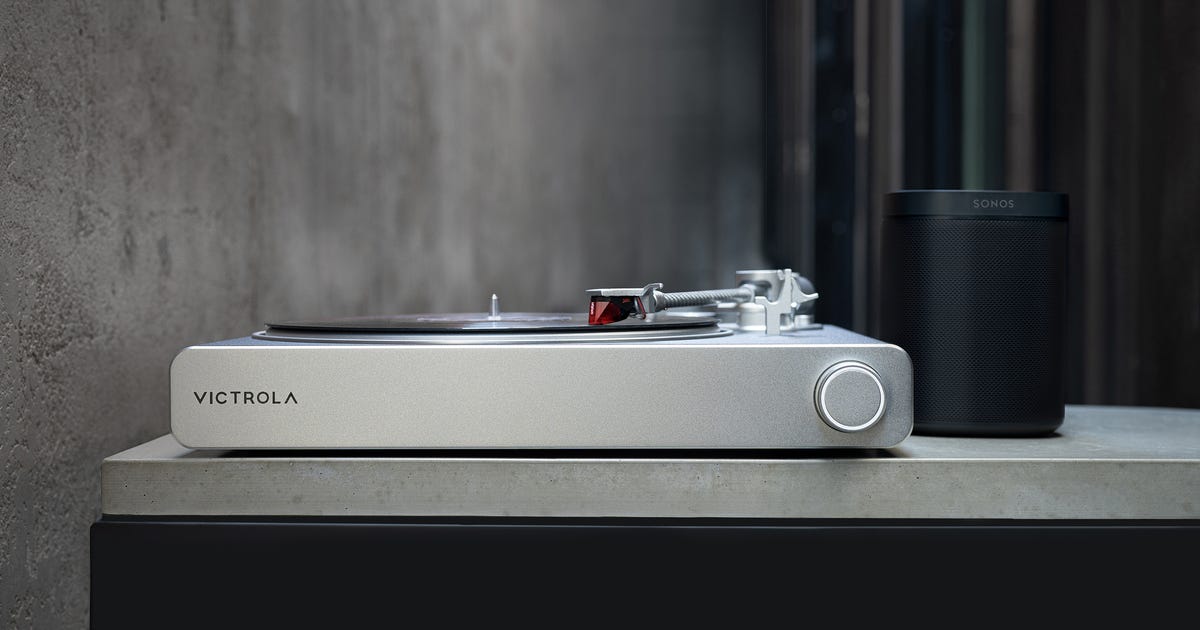 Victrola on Thursday unveiled the Stream Carbon, the first turntable[1] that connects natively to the Sonos streaming platform[2].

Unlike previous turntables "designed" for Sonos, the Stream Carbon doesn't need to be physically connected to another Sonos component, and instead connects over Wi-Fi. It can then play to any or all Sonos speakers in your home. In addition to Ethernet and wireless, the turntable also includes a stereo RCA output using the onboard preamp.

The preamp is nondefeatable, though, meaning you can't use your own phono preamp if you want. The manual turntable features a carbon-fiber tonearm and a removable headshell mounted with an Ortofon Red 2M cartridge. The Victrola is constructed from a thick block of MDF and is inset with long rubber feet, which give it a low-slung appearance.

At the front of the unit is a universal volume control that can be used to alter the level of the entire Sonos system. Setup for the turntable is via a Victrola app, but the company says once it's installed you can just use the Sonos app.  As far as the competition goes, there are only a couple of other turntables that connect via Wi-Fi, including the £699 Yamaha MusicCast Vinyl 500.

The Victrola has a slight advantage because Sonos has a larger install base, though like the Yamaha it can also be used with any stereo system via the RCA outputs. The £799 Stream Carbon is the flagship in a new range of turntables, the rest of which will be announced at CES. The Stream Carbon is available for preorder today via Victrola.com[3] and will be "available widely" in October.